Rolls-Royce Year of the Dragon

Rolls-Royce has delighted its clients from China with exclusive limited series of Phantom. This sedan appeared on Chinese market as New Year’s present to Chinese Millionaires. This series was called Year of the Dragon. Current Chinese year that began on January 23 is called so. Chinese-oriented Phantom was announced back in August 2011.

But all available cars of the series were sold till that date. It took only two month to sell all of them. Unfortunately producer refuses to disclose the quantities of the cars were produced. 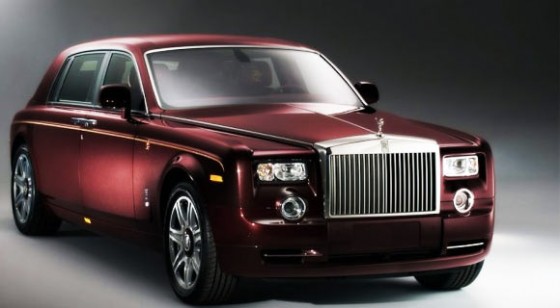 No need to mention that the car is stuffed with high end electronics from headlights to the tip of its antenna.

The price for year 2012 is high but justified

But no one makes secret of the price. This car, one of the most expensive cars (serial) by the way, was evaluated at $1.2 million. Unlike ordinary Phantom that costs about $400 thousand.

Moreover, company’s representatives say that the price is justified. China occupies 3rd place by quantity of millionaires after USA and Japan and its automotive market is on the rise.

Rolls-Royce aims to conquest Chinese automotive market and increase the number of its official representatives there to 24.