Extraordinary car is a creation of production designer and art director Carol Spier. The Nautilus is captain Nemos car from The League Of Extraordinary Gentlemen movie. Though car was specially made for this movie, it really drives. 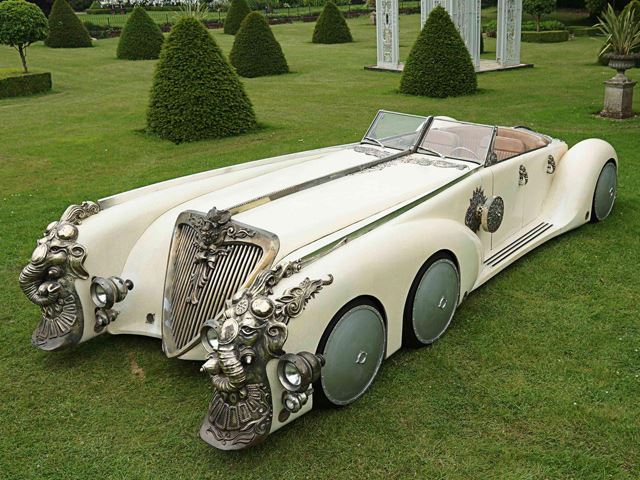 The Nautilus is a huge six-wheel white whale designed with the Victorian style statues all over the car.  The chassis is from a Land Rover Fire Tender covered with unique fiberglass body. Car has six big wheels, 28 inches (72 cm) in diameter each. It’s unbelievable 22 feet long and almost 9 feet width! The Nautilus is powered by the Rover V8 engine. 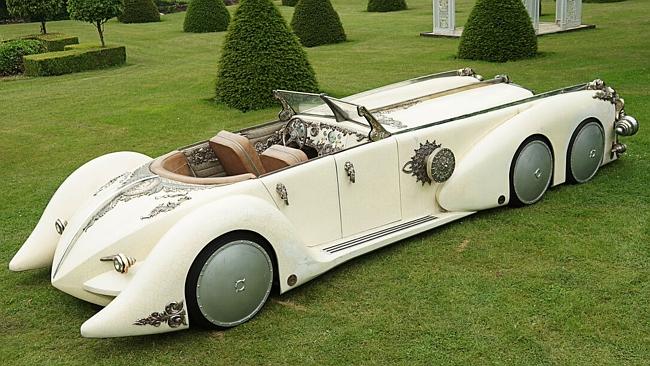 There were only two Nautilus created and after finishing film one of them was sold on auction to Stephen Lane, who said: ‘I bought the Nautilus from the film company after The League of Extraordinary Gentlemen came out because I loved the car, loved the design and felt it was one of the most emotive vehicles I have ever seen, a true design icon. I have taken it to Essen, driven it at the Lord Mayor’s Show and now feel it’s time to let somebody else own it and enjoy it.’

Car has featured at motor shows in Essen Germany and in London. Rumors are that car can reach 80 mph and pass the turn with no difficulties.

It should be also said that car isn’t legal for public roads.